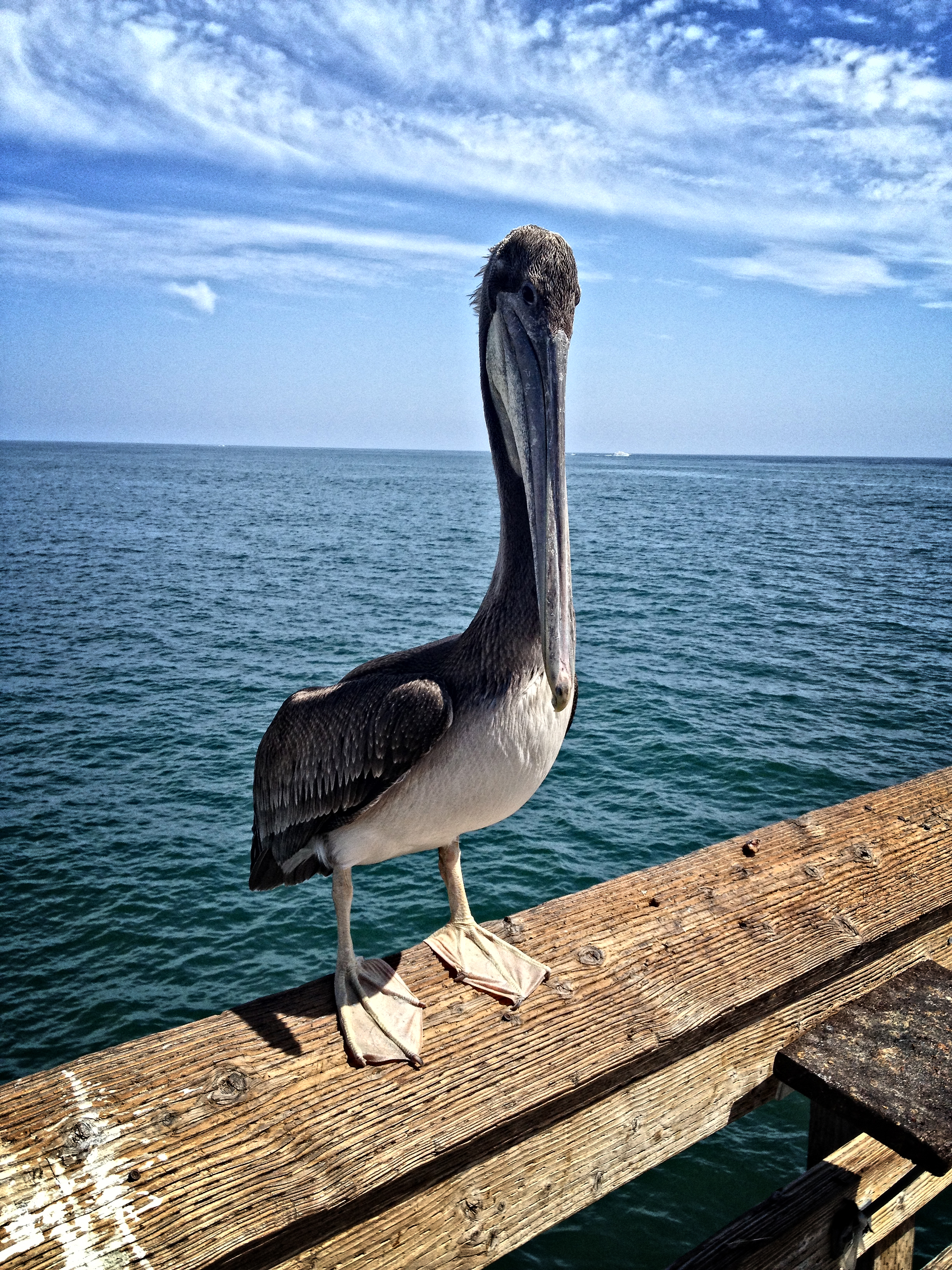 Lesson Learned From A Pelican Instructor

Walking on the beach seems to help me relax and gain perspective when I need it. The rhythmic sounds of the waves as they rolling onto their sandy landing and the wind that travels for miles, passing by me without slowing as it heads on its journey inland. The environment allows me simple time for extended contemplation.

A few weeks ago while strolling down the beach, camera always at the ready; I was intrigued by a sudden gathering of pelicans just outside the wave breaks. First just a few, then very quickly a flock of more than 50 formed as pelicans arrived as if a frantic invitation had just been dispatched with a call to respond. It was mesmerizing to see this somewhat controlled chaos of birds develop.

It became clear rather quickly what the entire ruckus was about. Food.

For those who may never have had the opportunity to see a pelican up close; these are not the most graceful looking aviators I have seen in the kingdom of the birds. Large heads with long fat wings, up close they look far from aerobatic.

What I observed during this frenzy was a different bird than I pictured in the past when observing pelicans.

Flying at a good clip, as they spotted a fish for feeding, they abruptly rolled over and dove with impressive speed headfirst into the water, typically from a height of about 15-25 ft. No hesitation. Total commitment and fully engaged with the task at hand with agility that defies their outward presentation.  And it appeared they were all regularly successful at getting what they had their eye on.

I wonder how long an uncommitted pelican would last. A pelican that regularly had the opportunity to see what it was he or she needed to go after, but was always wavering just a little bit about taking the plunge. The water is too rough. The fish is too deep. What if it hurts when I dive in? What if I miss?

I believe this pelican would not survive long. Hesitation and missed opportunity would get the better of them. They would trade the 10 seconds of full commitment needed in exchange for days of hunger and eventual demise.

The pelicans are not hungry because they never give up and they don’t let how they are seen by me influence their willingness to be graceful. Lesson learned.