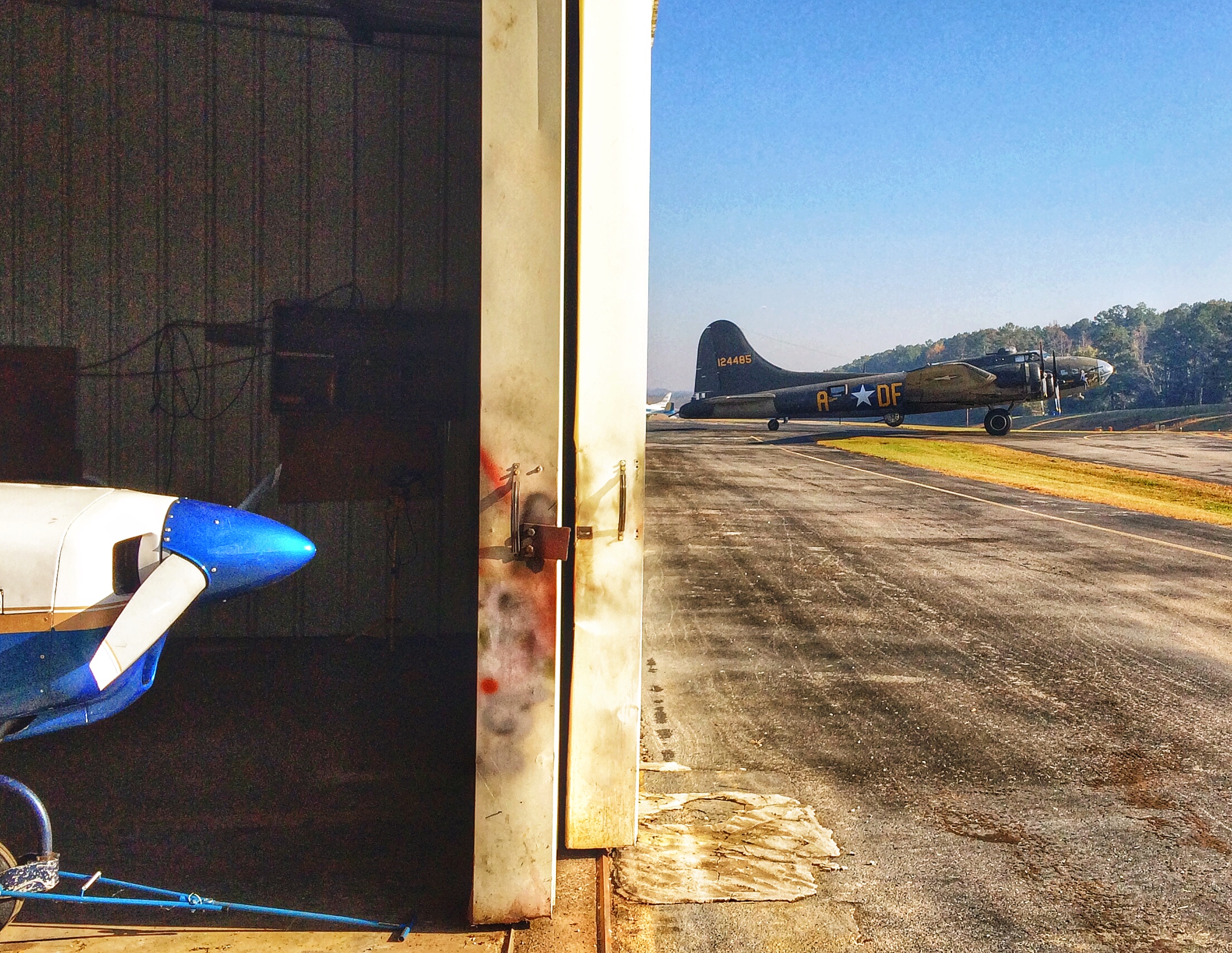 Past Meets Present and Keeps Me Going Forward

Head down and arms out as I push hard against the heavy hanger door. Cold steel pushes back against the palms of my hands and the loud squeal of sliding rusty metal permeates the quiet of the morning. My breath is visible in the air around my head, suspended in the frigid spell of dawn. A distant rumble shakes the sleepiness from my mind and the wandering thoughts bouncing around become more focused. I smell the aroma of burning fuel and oil as I’m snapped awake by the stiff breeze generated when four large radial engines are summoned to move history from the 1940’s to the present and get it airborne. In awe I watch as a ghost from the past ambles by on rubber shoes and slowly lifts itself into the waiting blue sky.

Excitement replaces sleepiness and I can’t wait to follow that path upward as I get my less notable craft ready to go.

Bird are born to fly. Humans had to work hard to accomplish the same feat. I appreciate the dedication and sacrifices made by the many who poured their heart and soul into the goal of taking mankind from a ground based being who was stuck to the earth by the glue of gravity and giving us the freedom to change our perspective skyward. I love to fly and putting into words the feeling it gives me is one of the few things I struggle to describe. The closest I can come is an excerpt from the most famous poems about it:

Oh! I have slipped the surly bonds of earth,
And danced the skies on laughter-silvered wings;
Sunward I’ve climbed, and joined the tumbling mirth
Of sun-split clouds, –and done a hundred things
You have not dreamed of …

I wonder what our world would look like today if any of those who challenged the common sense of the times listened to the nay-Sayers, put down their work and wandered off? I wonder how many times I have really been my own worst enemy in this same department and convinced myself that the goals I have are foolish ones?

The B-17 pictured above was ahead of it’s time and changed the course of history for many people. Someone had an idea and was encouraged to follow it. The rest really is history.

I have ideas and I have dreams. I don’t need to change history for many, but I do need to make sure I don’t let my own fears or the negative words of others change mine.

Time for me to fly. I never was very good at keeping my head out of the clouds.